Costantino Rocca, the most celebrated Italian golfer in history, was honoured at the 15th annual IAGTO Awards ceremony, marking the conclusion of the International Golf Travel Market (IGTM), staged, fittingly, in northern Italy, on the banks of Lake Como.

Rocca, who secured a vital point in The 1997 Ryder Cup in his singles match versus Tiger Woods, was guest of honour at the gala dinner, staged at Villa Erba, which brought the curtain down on this year’s IGTM, which saw almost XXXX delegates from 65 countries visit the shores of Lake Como, between October 27th-30th.

Golf Resort of the Year was awarded in three geographic regions: Europe, North America and Rest of the World, in which the 2014 Spanish and US Open venues, PGA Catalunya Resort, Spain and Pinehurst Resort, North Carolina, USA, respectively, were winners alongside Casa de Campo in the Dominican Republic.

The IAGTO Undiscovered Golf Destination of the Year category was awarded to the north-east neighbour of the event’s host nation – Slovenia.

Following the successful introduction of the Sustainability Awards in conjunction with the Golf Environment Organization (GEO) in 2013, the Overall winner in 2014 was Dundonald Links in Scotland.

Peter Grimster, IGTM Exhibition Manager, said: “The IAGTO Awards are the ideal way to end IGTM on a positive note, offering a snapshot of the state of the global golf travel industry with everyone looking forwards to a profitable year ahead.

“We strive to enhance IGTM year after year and offer even greater value to delegates and exhibitors to whom we’re very thankful for their ongoing support. We look forward to welcoming everyone back for the 2015 edition on the Canary Island of Tenerife.”

The full listing of 2015 IAGTO Award Winners is:

Golf Destination of the Year

Golf Resort of the Year

Among the main stakeholders involved in IGTM 2014, are host venue Villa Erba, Regione Lombardia and the Provinces of Como and Lecco, which, along with the Como Chamber of Commerce, are represented together as the Lake Como brand, the Italian Golf Federation with the Lombardy Regional Committee. 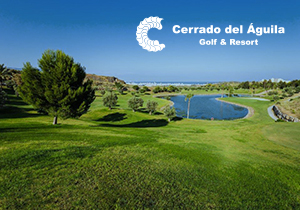