Lydia Ko loves playing in Australia; she loves the thrill of contending in big tournaments. But asked if she’d take a 71 in tomorrow’s final round, the affable New Zealander jumped at the offer.

“Yeah, I would in that heat,” the world No.1 only half-joked after firing a one-under-par 72 today to share the ISPS Handa Women’s Australian Open lead at seven under.

So oppressive was the heat that Royal Melbourne’s already challenging greens became super slippery downhill and Ko reiterated her halfway thought that she’d be surprised if the winner reached double-digits under par.

Four players held or shared the lead today as putting drifted between science and artform on glassy greens.

“They’re really hard. I’m scratching my head over a three-footer or a thirty-footer,” Ko said.

“It’s really tough and because (the hole) is so tight, the lip-outs, they hurt. They’re not nice here. The greens are one of the hardest parts and because (they) are so firm, it affects the shots that are coming into the green also.

“On a course like this, unless you really get going on a putting streak, you’re not going to make seven, eight birdies and shoot the most incredible eight under.

“I think this course you really have to play smart and when you have those chances, try (to) grab it because birdies are hard to see.”

Ko will tee up on Sunday alongside power-hitting Thai Ariya Jutanugarn at seven under, one clear of a Korean with a strong Aussie twist, Amy Yang.

Lurking three shots from the lead are Paraguayan Julieta Granada and suddenly white-hot Aussie Katherine Kirk, who charged into contention with a withering back-nine run on a day when others simply withered in stifling heat.

Kirk, runner-up in last week’s Australian Ladies Masters, was as far back as one over after an indifferent bogey on the short par-five 10th.

But five birdies in the next six holes propelled the amiable Queenslander right into the mix as the lead changed hands repeatedly in the final groups.

“It’s not easy to make birdies out there and I made six today and I’m still kind of a little puzzled as to how,” she joked.

“I know I made two long putts, so they’re just bonuses. I think that was probably as good as it was going to get today.” Crowd favourite Kirk said it would be a dream come true to get her hands on the Patricia Bridges Bowl tomorrow.

“I’d be very honoured. I actually had the pleasure of travelling on an Australian team in 2002 to Malaysia to play the (World Amateur Teams Championship) and Patricia made the trip and she’s just an incredible lady,” Kirk said.

“I’d be delighted to hoist the trophy and certainly proud to fly the flag for Australia tomorrow.”

Kirk wasn’t the only Aussie to shine in a dramatic third round.

West Australian Minjee Lee isn’t out of the hunt after a 72 left her square overall, while veterans Karrie Webb and Rachel Hetherington each shot 71 after going out in the second group of the day only to roar through the 73-woman field and finish tied for 27th.

Collated scores after round 3: 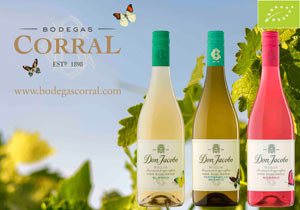