Carin Koch has been appointed as the Captain of the European Solheim Cup team that will attempt to secure a third straight victory against the United States of America in the 2015 match at Golf Club St. Leon-Rot in Germany, the Ladies European Tour announced today.
The Swede will attempt to retain the trophy after Europe’s emphatic 18-10 victory at Colorado Golf Club in 2013, when Europe earned an historic first win in the United States.
After consecutive European successes in 2011 at Killeen Castle and in 2013 in Colorado, Koch will seek to complete an unprecedented hat-trick of wins when the matches take place on September 18-20, 2015.
“I am extremely delighted and honoured to captain the 2015 Solheim Cup team,” said Koch. “Being vice-captain to Lotta (Neumann) in 2013 I once again experienced the thrill of The Solheim Cup matches which are unlike any other tournament in professional golf. I cannot wait to stand with the team on the first tee next September to start our quest for the hat-trick of wins against the US team. I look forward to working with the German team at Golf Club St.Leon-Rot for the next year and a half to put on the best Solheim Cup ever!”
Koch played in four successive Solheim Cup matches between 2000 and 2005, earning 11 ½ points with a 10-3-3 win-loss-draw record and was instrumental in Europe’s 2000 victory, holing the winning putt at Loch Lomond in Scotland. She was also a member of the victorious team that won at Barsebäck G&CC on her home soil in Sweden in 2003.
After twice playing on the winning side, Koch was also part of the 2013 victory as a vice-captain to Liselotte Neumann when Europe successfully retained The Cup for the first time last August.
In addition to her Solheim Cup successes, Koch captained the European PING Junior Solheim Cup Team in Illinois in 2009 and has three international tournament victories: the 2000 Chrysler Open, 2001 LPGA Corning Classic and 2005 Corona Morelia Championship. She also won the 2000 TSN Ladies World Cup of Golf, which was a team event on the Ladies European Tour.“I’m very pleased Carin Koch has been chosen as captain of the 2015 European Solheim Cup team,” said John Solheim, PING Chairman & CEO. “Her experience as a player speaks for itself, having won several times around the world. She’s been a standout on four Solheim Cup teams while compiling a 10-3-3 record. I’ll always remember her jubilant reaction after making the Cup-clinching putt at Loch Lomond in 2000. It captured the spirit of what the event is all about. She’ll be a tremendous leader as the European team seeks its third straight Solheim Cup victory.”
Ladies European Tour chief executive officer Ivan Khodabakhsh congratulated Koch on her appointment. “We are delighted that Carin has accepted the invitation to lead the European Solheim Cup team as she is a fantastic representative of European golf and her passion and experience of the event will transfer to her being an excellent and inspiring Captain. The next edition at Golf Club St. Leon-Rot is going to be very special and we are all working hard to deliver the biggest and best ever Solheim Cup in Germany in 2015.”
Koch wasted little time in naming one of her vice-captains. At a press conference in Frankfurt, she announced that she has chosen her long-time friend and former European Solheim Cup teammate, Annika Sorenstam, to help lead the team in Germany.
Sorenstam and Koch were successful foursomes and four-ball partners in The 2002 Solheim Cup and also won their foursomes match together in 2003.
Sorenstam, the former World No.1, with 89 worldwide career victories including 10 major championships, was an eight-time Solheim Cup player and has been a vice-captain in the last two successful Solheim Cup campaigns for Europe.
As well as being a vice-captain at Killeen Castle in 2011, Sorenstam worked together with Koch as a vice-captain under Liselotte Neumann for the 2013 match in Colorado which resulted in Europe’s first back-to-back victory and first win on US soil. 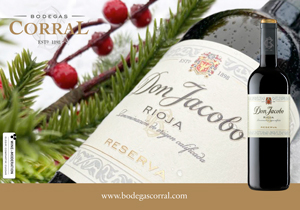